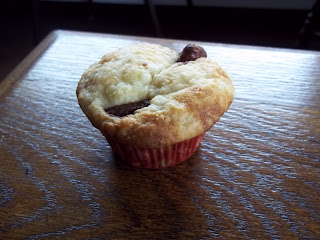 It was snowy and icy this morning, so I was forced to run inside on my rickety home treadmill.  I count myself very lucky to have a place to run when I can't run outside (another example of how staying fit isn't just due to willpower but also due to quite a few environmental factors). Running outside by the ocean is my favorite 'cardio' in the world, and only during one period of my life was I forced to run on the treadmill for an extended period of time, when I was nursing an injury.

To 'transition smart' from the treadmill back to blacktop once I recovered, I decided to try running the track at the local university early in the morning. Tracks have softer surfaces than the streets, even though they are even more boring to run on than the treadmill.

The first day was rather dull and uneventful.  The next day, the security guard of the college pulled up onto the grass to watch me.  Now I can kind of understand why he would watch me for a little while, since I was obviously not a college student and was running alone.  But he watched me THE ENTIRE RUN.  "Doesn't he have somewhere else to patrol, like the dorms where the kids are getting drunk?"

This behavior went on for about four days.  The security guard didn't show up on the fifth day, and I was glad that he had apparently realized I was not a homicidal maniac.  On the sixth, a car pulled up near the track.  A very large man wearing only a thin pair of jogging shorts emerged. I expected him to run, but instead he walked over to the metal bleachers, attached one of those stretchy athletic bands with hand grips to one of the metal supports and began pulling the bands up and down, grunting very loudly in what I can only describe as a very sexual way.

My mind was racing: "why is someone here, before dawn, doing a workout that he can easily do in his home?  Is he coming to the track because it is an 'athletic area' and he thinks you can't work out at home?"  I ran my usual five or six miles and left him there, still grunting and pumping.

Grunting and Pumping Man reappeared for the next three days.  Of course, the security guard did not resurface, when I would have actually liked him to be there.

The next week, the large man did not reappear.  However, midway through my run, I heard some screaming and yelling.  I saw a SUV filled with college students on the driveway that runs 'round the college.  This is not unusual, given that I run in the morning and am used to being accosted by drunk and stoned college students who try to pursue me on foot or offer me potato chips or say: "run Forest, run!" from their crappy cars purchased with their own money or their expensive cars purchased with their parents' money.

But this yelling was different.  It was higher-pitched, visceral and sounded demented like an animal in pain.

The opening to the track is rather wide, and the SUV pulled onto the track and began speeding around right behind me. It was clear that the driver had no intention of stopping.  I threw myself to the center of the track, but then the SUV pulled onto the grass.  It really did seem to be gunning for me, but I managed to roll away, this time to the gravel by the other side of the lanes.  The SUV parked in the grass center of the track.  I crouched, terrified as I heard the inhabitants arguing with one another, then they sped away the same way they left. I suppose they hadn't seen me at all.

I decided to continue my run after that.  If you are a runner, you understand that I had my workout goal and would not be deterred.  Of course, THEN the security guard pulled up and asked me if I had heard any yelling. When I told him what happened, he clearly thought that I was on drugs and demanded MY name and phone number.  I tried to point him in the direction that the SUV was heading, but to no avail.

That happened in spring of 2006, and no matter how many cars and crazies I've met running on the road, I've decided there is nothing crazier than the running track of a college campus. Gyms, however, are a close second.

At least on the roads, I can run away. 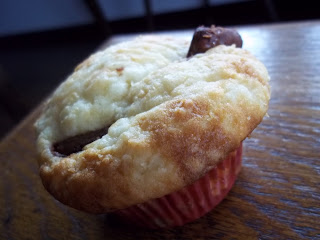 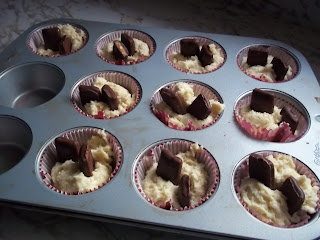 Directions
1. Preheat oven to 350F. Line a muffin tin with 10 liners
2. Sift the dry ingredients (flour, leavening, salt).
3. Mix the yogurt, butter, and egg together.
4. Incorporate wet and dry mixtures.  Pour into muffin tins (batter will be thick).
5. Top with chopped Heath Bars.
6. Bake for 17-20 minutes, or until a toothpick can be extracted 'clean' 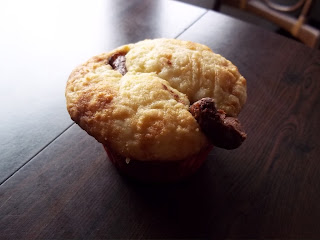 Posted by chewingthefat at 1:22 PM