Alas, Toyota, I thought I knew you well: Or, why driving a car with your feet looks way more fun on the Flintstones

When I bought my used 2003 RAV4 in 2010, it was during the height of the Toyota recall media frenzy but I saw the problems Toyota was having as an opportunity--a negotiating point, a way of talking down the dealer--not something to worry about. After all, if there was a problem, Toyota would fix it, right?

I did get a good deal on my trade-in for a 1990 used Corolla and bragged about how cheap I'd gotten a reliable, fuel-efficient SUV. I knew some people hated Toyotas, but I ascribed that to anti-Japanese prejudice. I had never driven anything other than Toyotas.

At some point, I got a letter in the mail that there was a class action settlement regarding a 'harsh shift condition' due to a 'total failure of the ECM' (electronic control module, basically the computer-brain of the car) of 2001-2003 RAV4s and that Toyota had agreed to extend its warranty to ten years to all owners of the car with these specific 'check engine light' codes, blah, blah, blah, but I thought little of it.  After all, a harsh shifting condition didn't sound too bad.

I began to notice at some point that the car did take longer and longer to accelerate going from a stop; then longer to accelerate between gears.  I made an appointment with my mechanic to check things out.  The next time I drove it, the car would barely go at all--I was on the highway with my foot on the gas pedal, basically flooring the vehicle and while wheezed and grinded to a near-stop. I felt like Fred Flintstone, trying to power my vehicle through peddling rather than with power.

The check engine light then went on.

I had forgotten about the letter about the class action settlement at this point so I dropped the car off at the mechanic's, fully confident that he would fix it in a few hours for a few hundred bucks.

The mechanic told me that my car was the vehicular version of 'brain dead' and like Frankenstein's monster, a new brain was needed called an ECM. A new brain that would cost me over 10 percent of what I originally paid for the car. 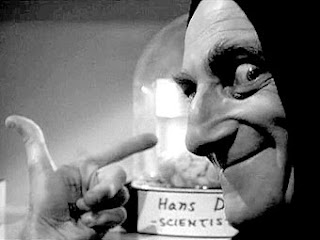 He said he had seen this with a number of RAV4s in the past several months.

After crying and screaming and throwing myself on the floor, I suddenly remembered the letter.  Heavenly harps were heard in the distance as I re-read its contents.  The warranty was for 10 years. My car was a 2003.  Toyota had agreed to reimburse owners for the ECM.  Saved!

I got the car repaired, downloaded the claim form off the Internet and sent in the paperwork.  In my mind, Toyota was still the most awesomest car company in the world.  Sure, they made mistakes, but they were willing to fix those boo-boos.  My image of Toyota was as follows:


That is, until I got a letter in the mail saying that technically because the original owner bought the car in December 2002 (which I could not have known), Toyota did not have to honor the 10 year agreement to reimburse RAV4 owners with the defective part.

Instead, I found that despite my cuddly image of one of my most favorite companies, the reality was more like this:


Much fighting, cursing, and messages with supervisors resulted, but Toyota's response was firm.  The car had left the Toyota lot more than ten years ago, Toyota had only agreed to pay for repairs during that window of time according to the class action settlement, so sucked to be me.  Oh yes, and Toyota acknowledged (as did the original lawsuit) that the computer problem often permanently damaged the transmission, so I guess I was lucky I didn't have a big bill for that, too.

The whole thing is pretty screwed up, because for such a potentially dangerous failure, Toyota should have just issued a recall (reimbursing everyone who owned the cars) and fixed it, to avoid problems.  A 10-year warranty extension was just a band-aid solution (ha!) for the problem of a car that, unlike the more publicized problems with Toyota, suddenly wouldn't go, versus suddenly wouldn't stop.  I guess 'unintended deceleration' isn't as sexy as 'unintended acceleration' so the media didn't latch onto this problem with RAV4s.

Anyway, the take-away lessons from my issue are as follows:

1. If you buy a Toyota, don't assume that if something goes wrong they are going to be eager to reimburse you unless they are strictly compelled to do so by law or media trial-by-fire.

3. The day after I heard from Toyota, I got a container of bad yogurt from Wegmans.  When I took it back, they refunded my money immediately, without question. So there still are good companies out there, just not Toyota.
Posted by chewingthefat at 5:30 PM

Email ThisBlogThis!Share to TwitterShare to FacebookShare to Pinterest
Labels: About me, rant