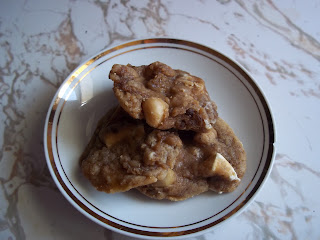 Every now and then, I'll have 'that conversation.'  This weekend, when I went to yoga, one of the women came in with a rock on her finger--literally a rock (well, okay, not literally, since  a diamond is a mineral)--and announced that at age twenty-six she was engaged to be married to a man with his own jewelery business.  Of course, as everyone oh-ed and ah-ed the question came up: "why aren't you married, Mary?  Don't you want kids?"

I tried to explain that by nature I am a loner, and don't like any activity that requires me to talk to people the first two hours of the morning, which are part of the job requirements of being a wife and mother.  You can imagine the reaction--now, the funny thing is, if I was gay/ a fifty-year-old woman having a child on her own through artificial insemination/ had survived a horrific abusive relationship with a guy that I was now 'healing' from--then they would totally understand the fact I was not married.  I've found that just not finding marriage appealing is a transgressive opinion for a straight woman of a certain age.

When I was still caring for my mother, one of my aunts would come over quite often, and while she was very nice and well-meaning, she DID have the tendency to constantly, gently give her opinion on the things in my life that were wrong.  Like the fact that I bought the wrong kind of yogurt and I didn't I know that a Pillsbury pie crust stuffed with Kraft cheese and frozen vegetables makes a nice, cheap meal? After my mother passed away, my aunt called me to suggest renting out the house, and I knew that one of the reasons for her 'suggestions' was that she regarded it as inconceivable that a single woman could live alone--perhaps even, at the bottom of her heart, didn't think that a single woman deserved to live alone, that it was somehow wrong.

I know she was worried about me, which was very sweet, but anyone who really knows me would be far more worried for my sanity if I was living in an apartment, like I did in the UK, where EVERY NIGHT the guy in the flat beneath me would set off the smoke alarm for the ENTIRE BUILDING frying bangers and mash.  My aunt would also call me before 8am 'just to talk' (i.e., check up on me to make sure I am still alive) saying "I know you get up early," which I do, but to do things, not chat.  Fortunately, my cousin now has two small children so my aunt has other things to occupy her attention and doesn't do that anymore and I can stop feeling guilty.

I guess I still feel guilty, because I feel I am being judgmental about my aunt.  How could she think differently, given her generation, and the fact that her entire existence has been defined by her family?

I guess there are some things around the house that are hard for me to do, and would be easier if I had someone else around (preferably a small toddler who enjoys pulling weeds for hours, which I hate) but I rationalize that if worse comes to worse, I can always hire someone to do what I can't do myself, and however expensive that may be, it is probably cheaper than getting married. I throw down some weed killer and look the other way, most days.

I often think of the women of indeterminate age in 19th century novels who called themselves 'Mrs.' but who had likely never married and used the screen of being a 'Missus' as a kind of protective explanation for the lack of a man in their lives.  There is an assumption that if you're not married and you're a woman that you're 'on the hunt' always searching, forever incomplete...I guess the negative male stereotype is that of the confirmed bachelor, eating take-out on the sofa with beer in the refrigerator.

The fact is, I like living alone and I am set in my ways.  I like people but I like them in their place, which is not in my house on a permanent basis, as far as I'm concerned.  And I'm okay with that.  I guess I am missing out on some things, not being married and having kids.  But then again, I've always felt that people who are married with children are missing out on some things that I can experience.

Just as I go my own way with so many things, I decided to 'go my own way' with these macadamia nut cookies. Now salted macadamia nuts is something that I can never get enough of (unlike prolonged social contact before 7am in the morning). Macadamia nut cookies are usually very buttery, but  I got the idea to try a version with dark brown sugar and cinnamon, for a more 'homey' flavor profile. I love cinnamon and white chocolate together (even though I wouldn't eat a bar of white chocolate by itself, I love it with salty nuts and savory flavors) but if you're really opposed to white chocolate, you could use chopped up Heath Bars or toffee bits. 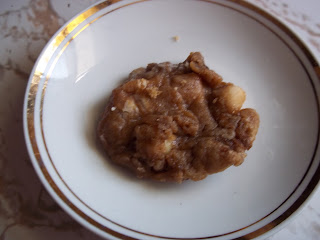 Note: You can also use white chocolate chips, of course, but I like the appearance and texture of the chunks with the nuts and think the Ghirardelli 'bar' white chocolate tends to taste better than the chips, no matter what Cook's Illustrated says.
Posted by chewingthefat at 7:18 AM