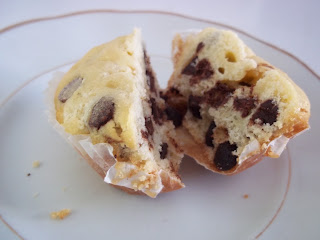 "The milk's gone sour," my mother would say, making a face into her Special K.
"Toss it mom," I'd respond.
She never did.  My mother was a more fussy eater than she would admit--she hated food-related work functions because there was never anything she 'could eat,' which usually meant she ended up paying $16 for a salad with no dressing. But she liked to at least affect a total disdain about how food tasted, microwaving her tough steak at home and finishing off the container of milk, even when she admitted it had soured.

At the time I was in one of my 'almond milk' phases, so I wasn't drinking milk.

People who will truly eat everything are a very rare breed: people who regard food solely as an energy substance, and take no pleasure in the taste. Even teenage boys who are human garbage disposals usually have preferences.

I could never drink sour milk.  I hated it when I lived in Boston, and the city milk seemed to go bad within a day or two. I'd pour some Frosted Flakes, slice a banana, anticipate the 'perfect bite' and....UGH!

My eating habits at the time were so atrocious, I took to buying Nestle chocolate milk, which was so full of preservatives it didn't go sour as fast.

Sour milk, incidentally, is not the same as milk that is dangerously bad with bacteria. How odd that most people can enjoy cheese, sour cream, and yogurt, yet sour milk tastes so bad?

It seems to be a 'milk thing.' Although I've heard Martha Stewart likes to drink buttermilk straight, it's a rare person who can pour buttermilk on their Lucky Charms.


Yet buttermilk tastes so rich and tangy in baked goods and pancakes.

Sour milk actually makes a great substitute for buttermilk.   Before you call the Health Department on me, I do stress this is 'soured' milk, not milk that has gone bad.  This is a wonderful way to use up the past-its-prime milk rather than throwing it out with inexpensive pantry ingredients.

Sour cream is popular ingredient in chocolate chip muffins. Using the following recipe you can save the sour cream for your potatoes and guacamole and whip these up with sour milk instead.

For more information on sour milk, this is a great article.

2. Mix butter, sugar, egg, milk, and vanilla in one bowl.

Posted by chewingthefat at 8:19 AM