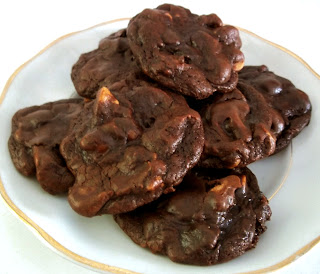 I'm unlikely to run for the presidency any time soon or even play the president on TV, but I did debate in college. I did extemporaneous debate, which makes me sound as though I'm a cool-headed person who can think on her feet.

Of course, if you've been reading this blog for any length of time, you know that I'm an irrational control freak who is obsessed with controlling inconsequential things in her life as a way of ignoring her insignificance and anxiety.  But that's another post.

Despite the fact that it never taught me how to deal well with a crisis, I liked debate even though I was a very mediocre debater and only did well at one or two tournaments. My best record at any tournament by far was at the Hart House (University of Toronto) tournament, mainly because I had such an excellent debating partner (let's call him Socrates) that he made me look good, kind of like how everyone always looks like a better actor when they're playing against Meryl Streep.

As well as Socrates, two of my other friends accompanied me, R- and S-, when we drove up to Canada. We went blasting the soundtrack from Broadway musicals and late 80s hits because we were cool like that, and I really was awed by the beauty of Harthouse. I know that the city of Toronto has been criticized as somewhat boxy and provincial-looking, but I love it, and there was something ancient and regal about the university, with its echoing wooden halls and worn stones. Canadian debate tournaments tended to be slightly more philosophically oriented than policy-oriented like American tournaments, which suited me and I ended up getting second place speaker overall and first place team.  For one of the only times in my life, I had that 'woo-hoo!  I am validated, I won a shiny prize' feeling.

The tournament prize was a hip flask rather than a trophy, which I should have realized was an unintentional sign by the divine to start drinking, and quickly.


The day was capped off when all of us went into the city to celebrate with throngs of other residents, joyously cheering on the fact that the Blue Jays had just beat the Phillies in the World Series.

The next day we discovered that our rental car tires had been slashed overnight by some overzealous reveler. Ordinarily, this shouldn't have been  a huge problem--the company should have provided a replacement, but if memory serves me correctly, in Canada you have to be 21 to rent a car, versus 18 in the United States. (You can drink, apparently, but not drive in a rented vehicle).

To deal with this problem required negotiations so complex, it took almost an entire day to be resolved. By this time, our nerves were pretty frayed. S- had very fragile coping mechanisms even under the best of circumstances. She was chugging Pepto Bismol and hyperventilating into a paper bag. S- was also the sort of person who always talked as if everything was in capital letters when she was stressed out, as in: OH MY GOD, IF I DON'T GET BACK TO SCHOOL RIGHT NOW I'M GOING TO FAIL ALL OF MY CLASSES AND I'M GOING TO DIE.

Meanwhile,  I was annoying the shit out of R- because I was so fucking happy about winning I was taking our inability to leave as a sign from the gods that we should stay in Canada forever.   Only Socrates, who had won the first speaker award for the tournament, had kind of a Zen, impassive attitude about the whole situation.

I forget what was decided but the end result required us to stay another night in Canada in a motel and in the morning a rental car would be procured for us.

During the night, I was awakened to some strange moaning.  It sounded odd and high-pitched, kind of like one of those documentaries about baby seals on the Discovery Channel. S- was writhing on the bed, eyes staring into nothingness, and making odd sounds. I tried to talk to her, but she didn't respond.

Slowly, everyone else began to wake up.

As S- stared into space and made barking noises, we used our great extemporaneous debating skills to determine what to do.  One of us decided she had gone completely insane and we should call the Canadian mental health authorities (or something like that) while another voted to take her to the hospital. Eventually, using our collective, quick-thinking skills, honed from years of debate, we opted for the hospital.

Contrary to the portrait of the Canadian healthcare system you see on Fox News, the hospital saw S- immediately.  As we waited to hear if she had experienced a psychotic break, a seizure, or was simply suffering from a potentially lethal combination of antacids and Mountain Dew, we decided to get some doughnuts. Because in a addition to free healthcare, Canada happens to sell fantastic doughnuts at its hospital cafeterias.

When we saw S- next, she immediately started yelling at us for leaving her and getting doughnuts, which was a good sign. Apparently, whatever she experienced as a result of stress, poor eating habits, and lack of sleep, according to the doctors. Given that pretty much summed up all of us, the explanation wasn't quite satisfactory, but we had no choice but to move on. The new rental car was ready for us, finally.

“Do you have anything to declare?” the guards asked us as we passed over the border.
“Just some coke,” said Socrates.  He lifted up his red can of soda.

It took him a minute or two to realize what he had said.

Although we could have been held for hours for using a bad pun, the Canadians let us go and were only too happy to be rid of us.

The initial phase of the return trip was uneventful until we made another hideous miscalculation: we stopped at a Roy Rodgers.


Roy Rogers are particularly disorienting fast food places—all that shiny aluminum foil and bright lights. So that’s why I think R-, punchy and hysterical and sleep-deprived, drove into a ditch as we pulled out of the rest area.

Because I studied English rather than something practical, the first thing that came to mind was the irony inherent in the situation, rather than anything helpful. “I’m in a car, in a ditch, the one time in my life when I forgot to put on my seatbelt,” I remember saying.  Irony, indeed. Jane Austen would have been so proud of me.

Oh yes, we had to get ANOTHER replacement rental car and stay overnight at ANOTHER motel, because it was so late at night.

I got back to school just in time to stick my Religion 101 paper in my professor's in-box, two hours after it was due, the only time I was ever late turning in a paper, during my entire tenure at college.

So you can see why I'm very skeptical about the idea that being a good or even an adequate debater is synonymous with being able to think on one's feet in a crisis situation. Although it did teach us a lot about the Canadian healthcare system.

Give that I'm such an indecisive person, these cookies are perfect. They're largely flourless and have the shiny, dense texture of a brownie. No need to choose between a cookie and a brownie. Can't decide between peanut butter, chocolate or caramel? These combine all three flavors.  No debate required.

1. Melt chocolate in a bain-maire over medium-low heat with the butter stirring until smooth, remove from heat.
2. As the chocolate mixture cools, beat the butter, sugar, and vanilla extract together.  And the salt and fold the mixture into the melted chocolate. Sift the flour and the baking powder and add to the chocolate batter.  Fold in the peanut butter and caramel chips.
3. Line a shallow baking dish with parchment.  Pour in batter until it covers the surface with a thin layer. Cover and freeze for an hour.
4. The batter will have the texture of hard Play-dough by now.  Roll the cookie dough into balls approximately the size of doughnut holes.
5. Preheat oven to 350F.  Bake on parchment-lined baking sheets for approximately 10 minutes. Cool on baking sheets for 5-10 minutes or until the cookies have begun to 'set' and then transfer them to a cooling rack.
Posted by chewingthefat at 8:21 AM