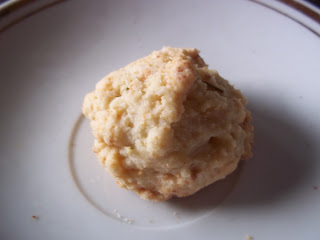 I studied English, religion, and philosophy when I was at university, so instead of dropping out and starting a billion-dollar software company in my mother's garage like a sensible person (actually--*sniff*--my mother had no garage), I read stuff like Plato's Republic.

This is directly relevant to food because in the Republic Plato talks about the world of the Forms. The world of the Forms is kind of 'the real deal,' versus what we're living in right now. This world--well, we just think of it as reality. Although we have horses, pigs, dogs, chickens, and shoes, there is the perfect (i.e. the Platonic ideal) of all of those things in the heavenly world of the Forms, and what we think of as 'real' is just an inferior copy of the original Form.  And that is why we always feel like something is missing.

This is relevant, because although I didn't believe in the world of the Forms as a graduate student, as an eater and as a cook, I've begun to soften to Plato.

For example, the first pancake I had was a charred, slightly yellowish pancake an inch thick my mother prepared from an Aunt Jemima mix. However, when I ate thinner, more delicate pancakes with butter, syrup, and sausage at McDonald's, I sensed that I had moved closer to the Platonic pancake in my breakfast consumption.  When I ate at Perkins, which had silver dollar pancakes and whipped butter so creamy it tasted almost like ice cream, and real maple syrup in pitchers in every booth, I knew I was moving even closer to the perfect, Platonic pancake. Even before I experienced the Ideal, when I consumed Aunt Jemima, I knew it was not pancake's true Form.

My mother tried to delude me (much like Eddie Murphy's mother) that her thick hamburgers were just like McDonald's because they had ketchup and mustard on them.  I knew that they were a pale imitation of McDonald's hamburgers, which were the only kind I would eat.  These are not hamburgers like McDonald's, I would whine and demand my mother make me a hotdog instead.


However, with my first bite of pizza from the local NJ pizza parlor called Atillio's, I knew that this was the Platonic pizza of which all other pizzas were a mere copy. Some people might harbor the delusion that the thinner, smaller, slices they ate from rival pizzerias were the real deal and the true barbarians (remember, Plato was Greek) living in other regions of the country might call their puffy deep dish things pizza.  Shadows of reality, delusions, flickers of light on the wall of a cave called Pizzeria Uno.


When it came to Italian food, only non-chain pizza was acceptable in my household (both mom and dad turned their nose down at Pizza Hut), although mom did serve boxed Ronzoni and Ragu for spaghetti nights.  She didn't serve Kraft Parmesan, that weird dusty cheese in the green can, but got something middle-of-the-road--a real brand of real cheese, although she never would have grated Parmesan herself.

This is a very simple recipe, and while you don't have to get the Platonic ideal of grated Parmesan cheese, I'd recommend something a grade up from the stuff in the shiny green can, because the fewer the ingredients, the better they ought to be. You don't need fancy flour or the highest-quality butter.

This recipe is a slightly shrunk down version of this one from Food and Wine.  I didn't even bother with rolling the dough and just used a cookie scoop.  I added some herbs, in contrast to the original, but you could leave them out or substitute your blend of choice for a different flavor profile.

Adapted from Food and Wine


3/4 cup plus 2 tablespoons of all-purpose flour

1. Preheat the oven to 350F and line a baking sheet with parchment paper.

2. Sift the flour and salt together.  Mix butter and flour until it forms a dough. Incorporate the grated cheese and spices.  Use a 1-tablespoon cookie scoop to create 'cookies.'  If dough is very soft, chill until slightly firm. Sprinkle cookies with more salt if desired.

This is a great, simple recipe to bake with kids when you don't want them to get totally high on sugar. It's also a wonderful 'hostess' gift, particularly if your hostess is more of a savory than a sweet person. Posted by chewingthefat at 8:18 AM

Email ThisBlogThis!Share to TwitterShare to FacebookShare to Pinterest
Labels: cheese