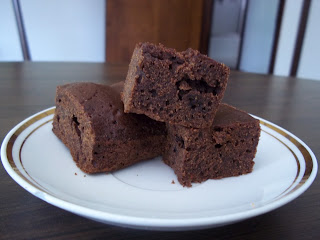 Some parents have to cattle-prod their children into a bunk and pry their children's fingers off of the rear bumper of the car before they can leave Camp Fake-Indian-Name-In-The-Woods, but I begged to go to camp when I was nine.

I was envious of my cool friend Amy, a raw-boned, athletic little girl who went to church camp annually. My mother was the type of mom who watched the local news every night, just in case there were potential hazards that could threaten my life if I rode my bike to McDonald's. She waited at the bus stop with me in curlers, even though none of the other moms did. She was not keen about camp, but I persisted and was sent away by my own free will.

Of course, I was miserable.   I had no idea how to interact with the other little girls, since I was raised an only child. I was assigned to a bunk with a wiry, tiny mean-mouthed girl from upstate New York that needed a project to make fun of the way most little girls need My Little Pony. She resembled Tatum O'Neal from Little Darlings, only rather than lusting to lose her virginity, she lusted for control over all she could see from her top bunk. My total incompetence at the athletic activities at which she excelled (diving, tennis) and the unwitting contempt I expressed on the first day for her favorite song, "Almost Paradise," combined with my frizzy pigtails and Pretty Plus shorts bought from Sears made me such a sitting duck I'm surprised she found it to be a challenge.  "Almost paradise/ How could we ask for more."  Indeed.

Oddly enough, there was a frail, first-time camper also in the bunk--named Abigail--with waist-length red hair in a long, thick braid. She looked like Anne of Green Gables and cried every night for her parents. But she found friends because she was as fragile and beautiful as an old-fashioned doll.

The camp counselor lived with us.  She was from England and had a charming accent. She hardly took notice of the children and was usually absorbed in a trashy romance novel. So long as we didn't touch The Flame and the Flower, we could have set one another on fire and she wouldn't have flinched.

On Sunday, a curious thing happened--every girl except myself and the one Jewish girl in camp got on a bus and went to church. My parents didn't raise me with a religion and I had no clue which bus to choose. The Jewish girl seemed ashamed to have been left behind with me, the camp pariah.  Tatum look-alike told everyone that I was going to hell because I didn't have a religion.  Even the Jewish girl said: "I'm not going to hell because I don't believe in hell, but if I were you, I'd be worried."

The kids followed me around, imitating me, calling me fat and ugly, and made pig noises while I ate.

I lost a lot of (much-needed, at the time) weight. The other campers used to pour so much sugar in their cornflakes and Rice Krispies they made small, mountain-shaped pyramids in the middle of the bowl but I could barely choke down even a few bites of my favorite foods, like the center part of maple syrup-soaked pancakes slathered in butter.

As bad as I felt the entire three-week session of camp, though (and I had to stick it out that year, because my parents would never forget it if I didn't) I do recall that on several occasions the camp directors served buttered noodles for dinner.  I was always revolted by pasta and still don't like it, but this was particularly awful because the girls from upstate New York would slather the noodles with ketchup and happily slurp them down.  I lived in an area with many Italian-Americans, and had never even eaten Kraft Mac n' Cheese or Spaghetti-Os.

"What rubes," I thought, my only moral triumph that entire summer.  It was, although I didn't realize it at the time, my first exposure to the different food cultures of America.

More would soon come, especially after I became a food blogger and was exposed to pimento cheese, red velvet cake, tortilla soup, and barbeque sauces not made by Kraft.

A more pleasant encounter with a regional food-ism were these spicy Mexican brownies. I made two versions--one via Baked, and the other via Cookie Madness.  The recipe from Baked follows, but stay tuned for the next version and a comparison! 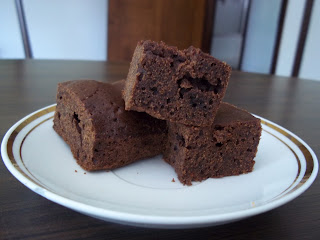 1. Melt chocolate and butter on a double boiler at low-to-medium heat.  Turn off heat,  add sugars, and cool.

3. Add eggs to cooled chocolate-butter mixture, incorporate vanilla.  Add dry, sifted mixture, folding in but being careful not to over-mix.

4. Pour batter in pan.  Bake from 27-30 minutes. Brownies should still look moist upon their removal from the oven.
Posted by chewingthefat at 8:26 AM