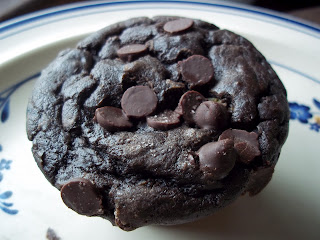 These muffins have a secret ingredient.

Okay, it's not that secret. Joy the Baker's avocado cake has been making the blogging 'rounds for quite a while. And I've baked with avocado before. For some reason, though, I feel avocado still qualifies as a secret ingredient.

These muffins are a great option for omnivores cooking for vegan friends, as well as vegans. Unlike other vegan muffins, they don't require any special ingredients unlikely to be in a non-vegan's  pantry, like almond or soy milk, or Earth Balance margarine. And unlike substituting applesauce, banana, or pumpkin, the avocado contains some fat which gives the muffins additional heft. Avocado is also mild enough in taste to not impart too much additional fruity flavor.

But despite making these muffins, I've never liked secrets. I hate surprise parties. I hate most unexpected visitors. But most of all, I hated the secret, surprise, unexpected thing I had to deal with when I was involved in the Sandy Hook gifted and talented program when I was eleven.

The program itself was way cool. Members of my school's Academically Talented program (known as A.T., to make us seem less obnoxious) got to ride down to the Hook every week to conduct science experiments and learn about the wildlife there firsthand. I'm ashamed to say I remember little of what we studied--tides, salinity, wave patterns--and only the more tactile aspects of the experience remain emblazoned on my brain. Getting close to the gulls, who were lulled into friendliness in hopes of nabbing a slow kid's sandwich. Going fishing off of a boat and touching a live catch's slimy scales (we threw it back, incidentally). Touching a hermit crab, a butterfly.

I admit I am not one of those people's whose heart is only content when she lives near the sea, although I was brought up near the Jersey Shore.

I firmly believe that every heart has a single, interior palette of landscape to which it cleaves: for some, it is the blueness of the sea and the white and brown of driftwood and sand. For me it is green--I remember when I caught my first sight of England, through a train window at thirteen and being struck dumb by the beauty of the greenness and the grazing animals on the small farms we passed. For others it is the hot-baked red and gold of the desert or the prairie; for still others it is the white of snow and ice.

But although I have a green-loving, murky Irish soul at my core, I like the ocean, and I liked feeling free, running around on the sand, rather than strapped to a chair in the classroom.

There was only one problem--we frequently had to wear our bathing suits for the activities, and I did not want to on some weeks.  Not because I didn't love to swim--I did. And I had no fear of the water.  No, there was another reason.

For women, something changes when you leave middle school and become an adolescent. At sixteen, I had no problem talking about my period.  I'd talk about how it was okay to have a chocolate chocolate muffin for breakfast in study hall in mixed company, because you know, once a month...But at eleven, I felt not only like the only girl in my class who had her period, but probably the only girl in the world.  On the days I had my period and was scheduled to go to Sandy Hook, I wore shorts and a big shirt to cover up those shorts, which made some of the activities difficult, and made me feel incredibly awkward.

I was terrified that someone would see--something, what with all of the water, splashing, and bending down.  I was terrified with the intensity of an adult with a legitimate fear about being discovered cheating on a spouse. 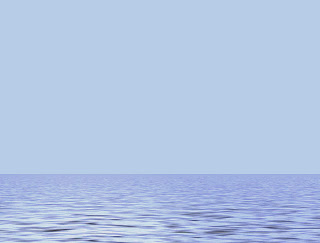 The final day of the program was a fun day--the group was to go to a swimming pool, I believe, climb up a lighthouse, and then go to the Clam Hut to eat.  The Clam Hut is now a rather dreadful, dingy place where university students go to get wasted on beers, but back then it was a lovely family restaurant that served masses of fried clams with ice cream for dessert.  How I loved the Clam Hut!  It was like eating the essence of fried things, without the pesky nutritional protein to slow you down.

But of course I couldn't go, I realized a day or two before.  Bathing suit.  Swimming. Danger.

While they aren't going to replace my regular chocolate muffins, they garnered good reviews from my friends. One caveat--make sure to mash the avocado well.  I am less self-conscious than I was at eleven, and failed to pulverize the avocado sufficiently, and one person I served this to found a chunk of green in his muffin.  He survived and said he still liked the muffin, which just goes to prove that acting without concern about what others may think is always best and the surer prescription for happiness. 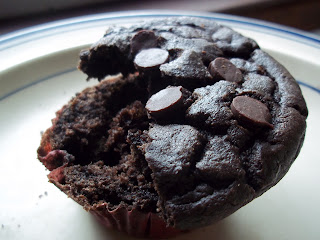 1. Preheat oven to 350. Line or grease the muffin tins.
2.  Sift flour, cocoa, salt, baking powder, baking soda, and sugar together.
3.  Mash oil (or peanut butter) and avocado. Mix vinegar and water, add to avocado mixture. Add vanilla.
4.  Incorporate dry ingredients into the wet. Fold in the chocolate chips, pour into the liners.
5. Bake for 20-22 minutes until a toothpick can be extracted 'clean.'
Posted by chewingthefat at 7:41 AM