It's strange, the things we wax nostalgic over: 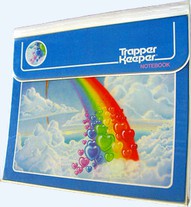 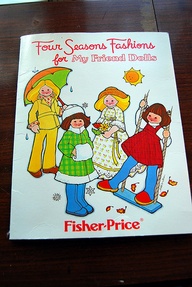 My mother always used to tell me, with great sadness, how my grandmother had discarded all of her Superman comics when she was a girl, and her baseball cards, too.

Unlike me, my mother was a straight-up tomboy. She didn't collect dolls, stuffed animals, and didn't spend hours drooling over kid's crafts books with elaborate sewing patterns and day-long projects involving paper mache (I did love getting dirty in the woods, horses, dogs, and books, though, so I was far from girly).  But mom collected comics and sports paraphernalia, and while just about everyone from her era has a story about how they could have retired on the sales of their limited edition Spidermans, Elvis 45s, and Mickey Mantels, I'm inclined to believe my mother's story was true.  My mother lived in a chaotic home environment, and things had a habit of disappearing, which is why I am still sifting through the stuff she saved, years after her death.  Just getting rid of a broken chair when she was alive required weeks of intense lobbying on my part.

She told me I'd be sorry when I got rid of my toys, and I'm sad to say she is correct. Not because I think I could make that much money off of what I played with, but because more so than any antique jewelery or conventional collectibles, those things look so bright, innocent, and optimistic with the benefit of hindsight.

Even my mother's favorite toys and childhood icons seem a bit darker than my own: the Cold War hovered over the Superman narrative, after all.  She told me how she bought her favorite Mary Janes and saddle shoes: the shoe store would take an X-ray of every child's feet. (This was the 1950s, so radiation was your friend, and any dangers posed by lingering in the Atomic Cafe were dwarfed by the fears that a child might grow up with flat arches and couldn't be drafted). The Lone Ranger was the man on the white horse on the radio, and the only good Indians were Tonto, subservient and rather docile. 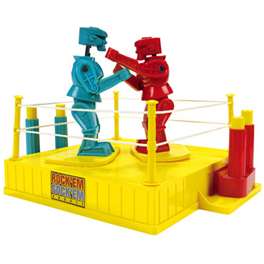 I grew up on Strawberry Shortcake, the My Friend Dolls, Snoopy, the Muppets, and the Care Bears.  I guess Rock 'em Sock 'em Robots were pretty violent, and metal lunch boxes were a weapon. When you're the smallest and least athletic kid in your class, dodgeball is pretty traumatic at times, but I usually just hid behind the bigger kids.

Overall, the toys I loved seem profoundly innocent, in comparison to the narratives of the toys of my mother's era.  Even the Batman and Robin comics I read were more of a love story than about darkness (at least that's what my Queer Theory unit at Wesleyan taught me) and the Roadrunner, Bugs Bunny, and Jerry always escaped.

But it's spring, and spring cleaning means cleaner closets and trying new things, not nostalgia.  This is something I haven't attempted before, a cornmeal and herb cookie. The original variety had sage and dried apricots and was more of a fall-flavored creation (because fall is a flavor) but I decided to create a lighter, more Easter-y creation for the season with white chocolate and rosemary.  I will try the sage version, too, though, at some point. 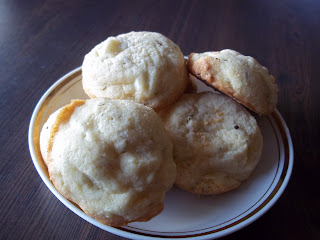 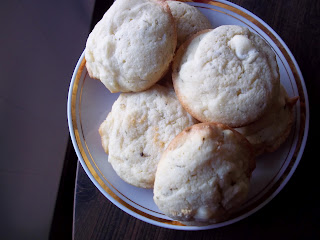 1. Preheat oven to 350F, line 2 baking sheets with parchment
2. Cream butter and sugar, add egg
3. Sift flour, cornmeal, baking soda, and sea salt together.  Fold into wet mixture.  Incorporate the rosemary and the white chocolate chips.
4. Drop cookies onto baking sheets, bake until golden at the edges, approximately 11-12 minutes. Cool for at least 5 minutes before removing from the baking tray. 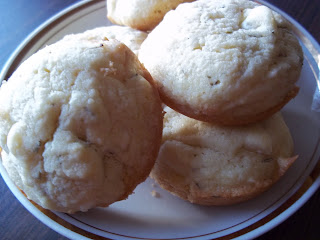 Posted by chewingthefat at 8:23 AM