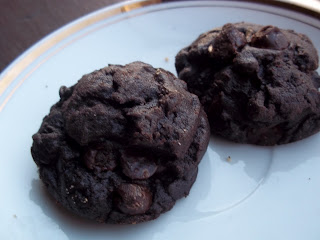 I haven't picked up a paintbrush or even a magic marker for years, but when I was in grade school, art was one of my favorite subjects.  My mother saved some of my art, and looking back at it with the eyes of an adult rather than a self-conscious child, some of it was quite good.

But always, whenever I drew there would be a great disconnect between what I saw in my head and what I was able to translate onto the page.

I've never been one of those people who say: oh, I have no idea what to draw.  To be honest, I was the kind of kid who would always have a secret hope that this would be it--this will be my masterpiece.  My Picasso. My Dali.  My Calvin and Hobbes.

Usually, I ended up with a doodle that looked like a horse-shaped potato.

I was always so envious of people who could draw what seemed to be a few splotches and convey intense emotions with images that no words could express.  Like Miro. 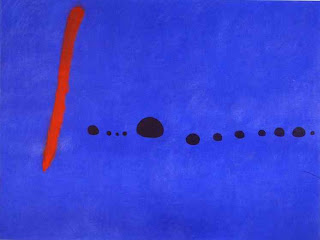 I kind of feel that way about these Martha Stewart shortbread cookies.  I had such great success with my rosemary chocolate chip shortbread of a few days ago, the next logical step in my shortbread progression would seem to be a dense, buttery, rich chocolate shortbread.  Martha's cookies were good, but somewhat crispier than I desired, although I wouldn't characterize them as sandy, like some of the commentators on her website. Still, to me, chocolate shortbread should be 'melt in your mouth' and these are more like 'melt in your coffee.' Also, they didn't flatten out into discs as I hoped they would, like the other shortbread recipe I baked in a muffin tin.

Next time I may reduce the baking time (I already reduced it from the original because I made them as circular, rather than scored cookies). I did add the chocolate chips, but I don't think that made the cookies so crisp, and as I said many of the other posters felt that the cookies were also not rich and buttery enough. 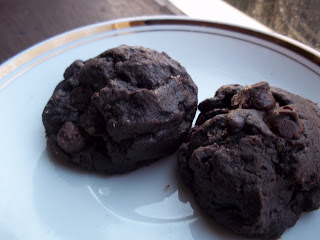 1. Preheat the oven to 300F.  Prepare your pan. I used a nonstick muffin tin to create circular cookies.
2. Cream butter and sugar.  Sift flour, cocoa powder, and salt.  Incorporate dry mixture into wet mixture.  Fold in the chocolate chips.
3. Spread evenly into the depressions of the muffin tin, just enough to cover the surface of each cup.
4. Bake for 20 minutes, until firm and crisp around the edges.
5. Cool for 5 minutes before removing from the tray.


However, while my execution may not have been the Platonic ideal of shortbread in my mind, at least my graphic arts skills are not as bad as the creator of this sign.  lol! 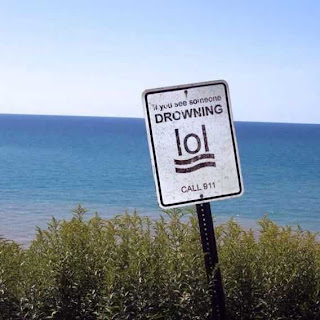 Posted by chewingthefat at 5:04 PM