How do you overeat Girl Scout cookies? (A personality quiz) 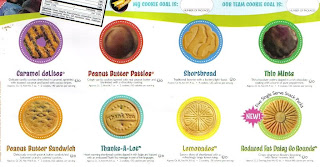 What is your preferred way of overeating Girl Scout cookies? 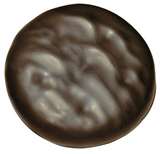 You're not really a sweet-eater normally, you're more of a burger and bacon person, but you find yourself unable to stop eating these, once you open up a sleeve. It is a proven fact that Thin Mints look more lonely in the box than any other variety of snack food, with the possible exception of frosted Pop Tarts. Perhaps it is because the taste is slightly reminiscent of minty toothpaste, which makes you feel virtuous, even while you are chomping away.  They are for charity, after all and anything that tastes a bit like Crest can't be that bad for you. Unfortunately, these things are a bitch to floss out of your teeth.  Mint chocolate is never pleasant to eat in large quantities for the digestive system, and you vow not to buy them every year, but you do.  No one eats these for breakfast or lunch--they are made to be eaten late at night, during guilty situations, like when you should be studying for an exam or you cheated on your ex-boyfriend and you have nothing stronger than milk in the house.

You tend to be rather judgmental and have different morals than most of your friends. You make elaborate meals. You're a bit of a foodie, and consider yourself to have a rather refined palate. You rarely overate as a child.  If you have children, they drink milk rather than soda. If you eat dessert, you like cheesecake and are willing to pass up inferior-quality stuff.  You reached for the Almond Joy or Skor, rather than the Reeces Peanut Butter Cups in the treat bucket every Halloween. However, there is something about this gooey, coconut cookie that sings to you.  You ask your significant other to hide the box, kind of like Odysseus asked his men to plug his ears so he wouldn't hear the song of the Sirens.  It isn't helpful.  You can undo an entire day at the gym with a couple of boxes of these babies. They call to you, and you get secretly mad at your kids if they eat any of them. 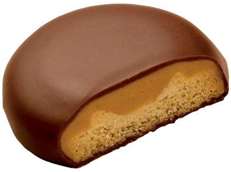 Despite the name, you were a bit of a loner as a kid.  You liked to eat alone because eating with others made you nervous, maybe because others made fun of your lunches. Maybe you were fat, or you mom just made you smelly tuna sandwiches, or both.  Either way, the true pleasure of these cookies are only revealed if you can eat them in an asocial fashion.  They're wonderful, because every one is like a totally different experience. You can suck off the chocolate and peanut butter first, then eat the crust.  Or nibble around, saving the creamy center for last. You really look forward to getting these and actively seek our Girl Scouts for your 'fix,' without any pretense that you buy them just to be nice. Chocolate-dipped Nutterbutters are a pale substitute the rest of the year. 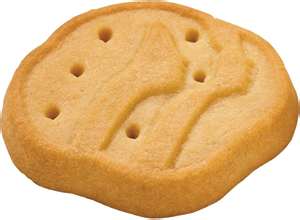 You eat these at breakfast, as well as after dinner, with milk or tea.  In their own way, these are the easiest to overeat, because they taste the most like real food.  They are like freebasing butter in cookie form and are very filling, and because they are old-fashioned shortbread you convince yourself you're not eating junk food.  You buy many boxes because you like to have lots of them on hand.  You like stocking up on food in general, and are the sort of person who has rice from 1994 because it was on sale one week.  You like to knit and watch a lot of Masterpiece Theater.  The Jennifer Ehle-Colin Firth adaptation of Pride and Prejudice was awesome, but it was first shown in the 90s.  Get over it because it's so not going to happen with Colin. 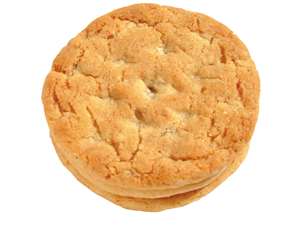 You could always be relied upon to trade lunches in school, because you really liked the granola bars, carrot sticks, and lame little cheese crackers with wands the other kids wanted to trade for Pixy Stix, Doritos, and other faddish snacks.  You appreciate the simple things in life, like oatmeal cookies and these often- overlooked treat in the Girl Scout pantheon. If female, you were a Girl Scout, and used the boxes to make crafts, like furniture for your dolls, after you finished eating the cookies.  Like Tagalongs, these sandwiches of peanut buttery awesomeness can be eaten in different ways ways: sucking out the filling (although you'd rather not let that creepy guy in the cubicle next to you see you do it), eating them intact, or dunking them in milk, again and again. You sometimes store tissues in your sleeve. You suspect you're turning into your mother, but you try to laugh it off. You have to lie about your drunk stories in college to make them sound more exciting than they really were. 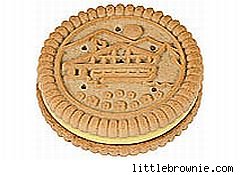 You were clearly never a Girl Scout, nor did you grow up eating Girl Scout cookies.  You probably don't really 'get' the whole Girl Scout cookie thing.  You got guilted into buying these by the kids staked out in front of your supermarket, and bought them because you like lemony things.  But these are a new, inferior form of cookie, not some kind of creamy version of lemonade in baked form.  You have them occasionally after dinner until they grow stale and you throw them away.

I end with a moment of silence for all of the discontinued varieties of Girl Scout cookies.  Google tells me I'm wrong, but I could have sworn that there used to be chocolate and vanilla sandwich cream cookies in the same box.  Perhaps I'm thinking of another line of cookies, but they were quite good as well.

Posted by chewingthefat at 9:14 PM

Email ThisBlogThis!Share to TwitterShare to FacebookShare to Pinterest
Labels: humor