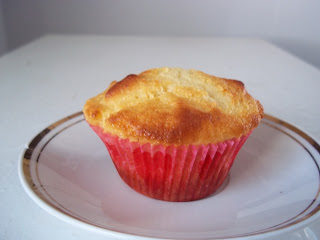 The Oscars have passed, so we can talk about them now.  I'm not bitter, although I didn't watch them this year.  Once again, I was not nominated.

My standard acceptance speech has changed over the years. When I first composed my address it was somewhat longer than Bill Clinton's 1988 speech to the Democratic Convention. I was twelve. Inspired by the child actresses I loved like Jodie Foster and Margaret O'Brien, I wore a fuchsia-colored ankle-length gown in my mind and elaborate braids with lilac and white ribbons in my hair. I gave an inspiring speech paying tribute to all of the old movies I loved .  In my later teens, I played Morgaine (Morgan le Fay) in a cinematic adaptation of one of my favorite books, The Mists of Avalon and favored a dark green plaid gown and green and black nails. And fishnets.  It's probably good I didn't win, because my speech would also have been kind of long and bitter and about the kids who made fun of me in high school.

Later, my speeches grew shorter and marginally more realistic.  I would write, direct, and star in an edgy indie film. I would show my defiance of The Beauty Myth by wearing an off-the-rack gown from the Gap that still made me look incredibly hot.

However, by my mid-twenties, after making a stab at trying to have an acting career, it had become clear to me that most of what we think of as acting is really casting, and my personality and body type didn't neatly fit into any in-demand category at the time. I certainly wasn't leading lady material, but I wasn't quite ugly or 'ethnic' enough to be the unattractive shrill neighbor/overweight best friend and certainly not sexy enough for soubrette roles.  I suppose if I had more talent, I would have found a way to make myself fit into the industry.  But the truth is, although I love fiction, I really hate all of the cellophane and falseness around the acting business, award speeches aside.

I also had an unfortunate tendency to be honest about the productions in which I was appearing, many of which were directed by young men and could have been subtitled (regardless of the intent of the playwright): Women who dumped me in the past, and why they suck. "Really, it's okay if you don't come," I'd say to my friends. "It's called Manfred, based on an unperformed play in verse by Lord Byron. The director is going through some things. We can grab some carrot cake and a couple of Mocha Frappuchinos at Starbucks when it's over. "

I didn't see the nominated films this year, and I'll wait for DVDs if I see any of them. So instead of a golden statuette, I present you all with a golden muffin. The recipe only makes six, which is deliberate, because it's designed to be a perfect-sized batch for a quick breakfast.  Just a bit out of the ordinary, without chewing the scenery.

1. Preheat the oven to 425F. Line six muffin tins.
2. Sift cornmeal, flour, salt, and baking powder together.  Combine honey, egg, yogurt and oil.
3. Spoon dry mixture into 'wet' mixture.'  Do not over-mix.  Pour batter into muffin liners.
4. Bake for approximately 15-20 minutes, until a toothpick can be extracted clean.
Posted by chewingthefat at 7:58 AM