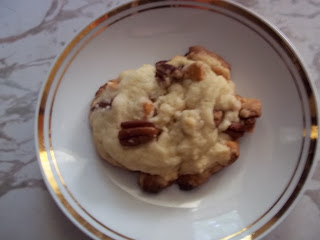 I have a pretty impressive geek resume.  I can quote entire passages of Blackadder and Monty Python verbatim. I've read my fair share of the Great Books. I like PBS and NPR. I love classical music and opera. I didn't go to my senior prom but I did watch each and every single episode of the Colin Firth version of Pride and Prejudice.

However, there is one glaring omission: science fiction.  Other than Tom Baker and Peter Davidson in Doctor Who (which I loved more for their Britishness than the fantasy element), sci-fi leaves me cold.  With my fellow geek friends I would sit as they would compare various Star Trek episodes and anthologies of books with pictures of dragons and space ships on them. As my friends grew more excited, for me, it was like watching someone talk enthusiastically in a foreign language.  You sort of admire the passion but long for subtitles to understand what brings forth such emotion.

Dungeons and Dragons?  Ugh!  (Except for the Saturday morning cartoon). Don't even get me started on the multi-sided dice and being 'dungeon-mastered' by a guy in a black t-shirt emblazoned with a bad heavy metal band, while sitting in someone's basement in the 80s! 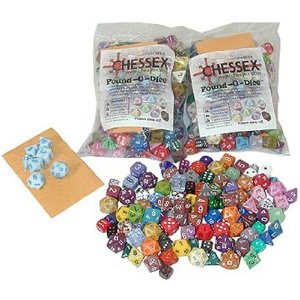 However, I've often regretted NOT loving a genre so immoderately. When I was a young teen, I won a few poetry and playwrighting awards.  Someone even told me: "you will go far with your writing, she [referencing a dear friend of mine who I regarded as equally talented, if not more so] writes too much about vampires and darkness, but you try to scratch the true surface of the human heart."  Egotistical little bitch that I was, I treasured this comment for many years.

The punchline is that SHE became a professional fantasy novelist and I became a boring editor who only gets to write for free on a food blog.


I was always particularly suspicious of the Keebler Elves, given that they reminded me of having to hear my guy friends who were obsessed with The Hobbit debate the merits of Bilbo Baggins versus Frodo and do their best Gandolf imitations.  For Hours.  And this was before the films were released!  However, I have to admit that this clone of their famous Pecan Sandies is pretty brilliant.  It doesn't have a lot of sugar but  is packed with buttery goodness. 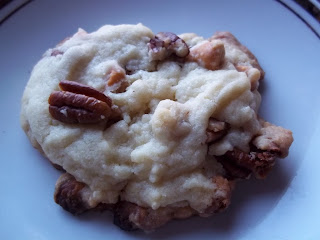 2. Sift flour and baking soda together

4. Scoop with a rounded tablespoons onto parchment. Bake 10-12 minutes per batch.  I baked two cookie sheets at a time.

Note: The Guittard website states a yield of nine dozen using a teaspoon-sized scoop for these cookies and 8-10 minutes baking time. I don't think the yield would be as large, but if you would like you can make these cookies much smaller.  They will probably be more crisp than mine, but I prefer a softer butter cookie. 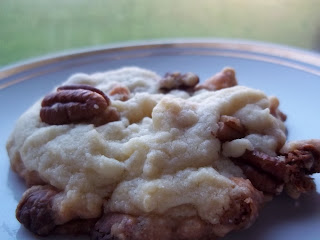 Posted by chewingthefat at 5:22 PM