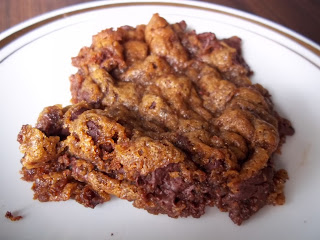 On the surface, I have all of the trappings of a woman with a great deal of self-control. I'm a daily runner, and I pay my bills early. I don't spend my money on fancy beauty creams that don't work. However, I am kind of a reverse superhero.  A true superhero is an apparently ordinary person, like dorky Clark Kent or Peter Parker, who has enormous reserves of a hidden talent.  Beneath my serious exterior bubbles my real self--a person with no self-control at all. I run daily because I like it, not because I will it to happen and while I'm not addicted to shoes or shopping, my decision to embrace the hobby of horseback riding in my mid-30s was hardly a calculated and sensible financial decision.


I feel pretty confident that at four years old, I could have passed the Stanford Marshmallow Experiment. This experiment 'proved' that children who were willing to forgo eating a marshmallow until the experimenter returned, with the promise of being given two marshmallows as a reward, demonstrated better self-control later in life than those who did not and ate the single marshmallow immediately. The impulsive kids gloried in the pleasures of the moment and behaved in an undisciplined fashion even as adults. The two marshmallow, delayed gratification kids grew into more successful and disciplined grown-ups.


But that's only because even as a child I was fairly indifferent to marshmallows--I didn't hate them (kids who hated the puffy white things weren't used in the experiment) so I wouldn't have said 'ick' when asked but I was far more inclined to try to incinerate marshmallows on my stick for fun, because I liked them black and charred rather than whole. Then I'd eat the chocolate and graham crackers separately rather than painstakingly make s'mores.  Marshmallows were crappy candy, as far as I was concerned, and only worth eating if nothing else was available.

So I went to good schools, but picked impractical majors because liberal artsy stuff 'felt good' versus science and math, where I would have had to have worked harder--but which also would have given me a more secure job.  I used to eat mega-muffins and fancy caloric coffees for breakfast, totally spiking my blood sugar (and busting my student budget) unlike my sensible, egg-devouring friends.  I bought clothes that were entirely inappropriate for the harsh New England winters where I lived....

I have grown more sensible in terms of money, making a living, and eating lots of protein but only because I have found that life with self-control is more pleasurable than life without it, not because I'm a truly disciplined person by nature.

Molasses is slow, and these cookies take time. They are easy to assemble for the dilettante four-year-old that lives within all of us, but it is essential to chill the batter for at least 24 hours, otherwise the cookies will spread violently, due to all of the moisture from the butter and the molasses.  Of course, chilling the dough for most cookies yields a superior batch, but for these cookies it is a necessity. They are worth it, so worth it, and much better than a marshmallow that has some creepy scientist's fingerprints all over it. 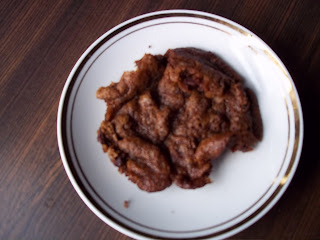 1. Do not preheat the oven.  Do not line two baking sheets with parchment.  Do not pass go or collect $200.

2. Instead, 'brown' the butter over a medium-low flame.   Set melted butter aside to cool.

4. Add the brown sugar to the butter, then the egg and egg yolk.  Slowly add the sifted dry ingredients to the mixture.  Fold in the chocolate chips.

5. Do not eat the batter, despite its unusually intense level of fragrant, molasses-y, chocolate-y deliciousness.

6. Now you can preheat the oven to 350F and scoop out the batter onto two parchment sheets. Sprinkle liberally with sea salt, if desired.

7. Bake for 10 minutes, rotating the tray half-way through the cooking.  Cool for five minutes.

Note: These cookies are so moist, they keep very well in the refrigerator without going hard.
Posted by chewingthefat at 7:30 AM