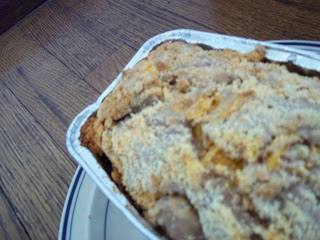 I always get kind of annoyed when people try to label themselves.

Personally, I think that labeling is a an excuse more than a useful description.  Like people who say: "I can't help it, I was born late," to excuse the fact that they keep their friends waiting for 40 minutes. I'm sorry, but unless you're Judy Garland, epic lateness is rude, not a cute, bohemian quirk.


Even positive self-labeling can be pretty limiting: "I'm a braniac" or "I'm a perfectionist" can be a way of staying in your comfort zone, and cutting yourself too much slack about trying something new that doesn't use your over-developed verbal skills or might force you to take a messy but potentially life-altering risk.

I know so many people who are excellent cooks who won't even attempt to turn overripe bananas into a bread.  "I'm a great cook, but I am not a baker."

One woman I know insists that she doesn't bake because her late dog Eddie hated the rattling sound of her oven heating up.  So Susan honed her grilling abilities over the years, and proudly proclaims she even grills in the winter, regardless of the temperature. In flip-flops.

In terms of stereotype-busting, I am delighted to know a woman like Susan who does not feebly hand over the grilling fork to her husband while she shrinks away from the flame and makes a salad indoors. But surely, Eddie would have grown less sensitive to the noise of the oven over time?  Or maybe he just liked the meat Susan made on her grill and learned that if he growled and barked at the oven, he was more likely to get grilled meat than dog food?

I may be giving too much credit to canine intelligence. Then again, another friend of mine has a dog, a little fluffy white and black dog named Oreo, who was being terrorized by the dachshund of my friend's new housemate. Gentle little Oreo seemed no match for bossy little Fritzie.  Until my friend came home from work to find all of the dog toys in the house in a pile on her bed with Oreo sitting beside them. The dachshund, too short to jump up, was sitting in misery at the bottom of the bed in a crazed, exhausted heap.  "How could a nice little Oreo like you thwart my beautiful wickedness!" whimpered the dachshund as he bemoaned how his favorite squeaky toy was so near...yet so far. Supposedly, dogs are incapable of plotting and manipulation, but I wonder...

There is another explanation besides Eddie for Susan's Fear of Baking. Some people have a vendetta against sugar.

My mother, for example, raised me so that at sixteen I still had no idea that you could make cookies, cakes, brownies or even pancakes WITHOUT using a mix.  A friend of mine came to the house and asked for sugar in her tea.  We had no sugar. Sugar in my mother's eyes was White Death and later I joked that she'd probably rather I come home with white, powdery crack cocaine on my nose than refined sugar on my lips.  (Never mind the fact that we had a pantry with Special K, Miracle Whip, ketchup, commercial Worcestershire sauce, and bottled salad dressing, all of which are filled with high-fructose corn syrup).

Once, I asked for a box of sugar to feed to some horses I often saw by the side of the road in a paddock. My mother relented, but after discovering ME eating the cubes of sugar FROM THE BOX in secret, her expression was so horrified at my vice even I was revolted by my compulsion.  The cool explosion of sweetness against my tongue was so nice, though....

Arguments against sugar aside, that's no excuse not to bake. Not everyone likes sweet things, but the 'savory' side of the baking world--breads, crackers, rolls, scones, focaccia--are just as tasty in their own right. And in baking's defense, no matter what, you're always more assured of being able to find a recipe with less sugar in it compared with the pre-fab stuff you'll find on most shelves.

So Susan, this is a great savory quick bread--no yeast, no proofing involved--and it's totally sugar-free.  Just glorious cheese, cheese, and more cheese.  It's dump and stir, no fancy ingredients, and it's pure comfort food. Cut a hunk off of this bread and curl up in bed with a good book and ignore everything and anyone that might want to spoil your bliss.

1 cup finely grated Parmesan Romano cheese blend (use real grated cheese, the kind you get in your deli or supermarket 'cheese section' or grate your own)

4 ounces sharp cheddar cheese cut into cubes (or torn into pieces, if using sliced cheese--regardless, use real, not processed cheese, and the highest-quality you can find or afford)

1. Preheat the oven to 350F. Butter the crap outta that pan (this isn't a sweet recipe, so I can curse). Sprinkle half of the grated cheese mixture into the pan. 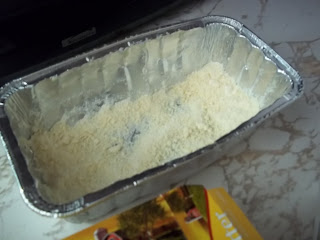 2. Sift the flour, baking powder, salt, and pepper together in a bowl.

3. Mix the milk, butter, egg, and sour cream together in a separate bowl.

4. Incorporate the wet and dry mixtures.  Fold in the hunks of cheddar cheese.  Pour into the prepared pan and top with the remaining grated cheese mixture. 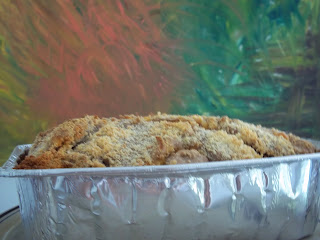 5. Bake for 45-50 minutes.  Cool for at least an hour before removing and slicing (the bread was still warm after two hours when I made this).
Posted by chewingthefat at 2:54 PM