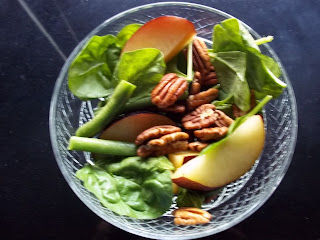 A couple of weeks ago, a girl at my stable found a newborn bird in the corner of a horse's stall. She thought it was dead and tossed it out with the shavings onto the manure pile.

When I was walking back from the barn to put away my tack I saw a pink, featherless body writhing in the grass. Amazingly, it had survived the hooves of a 16h Thoroughbred and being hoisted into the trash. I put it in the crook of my riding hat, and decided to drop it off at the local SPCA.

I didn't really expect it to survive the journey over there, given that driving in my area in the summer occasionally makes me question the value of life.


However, it lived and seemed to grow stronger every moment, blindly open up its mouth for food. I waited a half hour behind a woman with many pets who seemed to find the online vaccination schedule incomprehensible, but finally I surrendered the bird.

I called a week later to ask if he was still alive. "We send the wild birds to Wildlife Rehab after 24 hours," said the woman at the front desk.

"Well, I hope he's more successful than Amy Winehouse," I said, thinking myself terribly witty at the time.

...
I couldn't have known that in a few weeks Amy Winehouse would be be dead.

While some people seem to have an unusual will to live, others seem to be born with an invisible mechanism, kind of like the old TV version of Mission Impossible I used to watch with my mom: "This person will self-destruct within 27 years.  Good luck!"

It's hard for me to imagine Amy Winehouse clean. In her interviews, she seemed to suggest that her drug abuse was just as much a part of her defiant art as her heavily kohled eyelids and tattoos. 'Clean' was associated with bubble-gum, packaged pop. Being a bad girl in the style of 1960s human train wrecks was the essence of her sense of self.

Of course, you can logically point out that there is no one more bubble gum than the early Britney and look what happened to Little Miss Spears. But you can't argue with an artist like that.

I've never believed that it was necessary to drink and drug to be creative--almost all great artists produced their best works during moments of sobriety, and their art was a respite from their self-inflicted suffering, rather than a product of it.  I guess some people might question this statement who are big fans of the Beats and 60s rock, but I've never been a Burroughs and Kerouac fan, and even the great music heroes of that era tended to produce their best, least self-indulgent music before really getting deep into drug culture.

Despite the fact that the only high I've ever experienced in my life is a runner's high, I loved Amy Winehouse's music and voice.  I even related to the defiance of her anthem "Rehab," as I too am someone who has always been told that she lives in the 'wrong way.'  Who sees herself as an outsider in my own, dorky, early-to-bed and early-to-rise kind of a way.

From my own experiences living in England...I recall once meeting a fellow aspiring actor who was proud of all of the AA-listed symptoms of alcohol that he displayed.  "Drinking before breakfast?  Check?!"  Did Amy's behavior feel more normalized in the culture across the pond?

Anyway, given that I can't tolerate anything stronger than weak coffee and the kind of cold medication you have to 'sign up for' at the drug store leaves me climbing the walls, if drugs are required for creative inspiration, than there is no hope for me.

But they often say that where there is life and breath there is hope, and no matter what awaits us all in the great beyond, on this earth, there will never be a sequel to Back to Black.


It's been too hot to cook, much less bake, so I've been eating lots of fruit, vegetables and nuts drizzled with plenty of good balsamic vinegar.  Truthfully, I could drink the stuff. 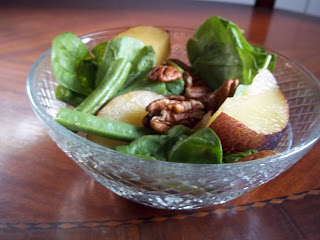 Mix the dressing ingredients to make an emulsion, drizzle over the salad ingredients and serve.
Posted by chewingthefat at 8:14 AM

Email ThisBlogThis!Share to TwitterShare to FacebookShare to Pinterest
Labels: salads