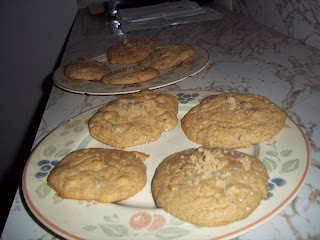 As soon as I saw a recipe entitled Bikram Baking: Ginger Chocolate Chunk Scones on the Post Punk Kitchen's website, I immediately put the scones on my 'must bake' list.

When I was in graduate school I went through an intense scone obsession. Despite the fact that I got a degree from 'that school in Cambridge' my nutritional IQ was about zero at the time. Never having seriously worked out or participated in a competitive sports, I pretty much operated on the principle that so long as I wasn't eating too many calories, my eating habits must be fine. Even if I was nauseous from eating a pack of Nutterbutters for dinner, I believed my inability to concentrate was a trick of the mind, a passing fantasy--so long as I clocked in around 1500 calories a day, things like protein, carbohydrates, nutrition, were for people in other majors.

I went through a long period of eating a Starbucks mocha, medium (I refuse to use the pretentious company language for sizes--it is a medium) Frappucino every morning, coupled with a maple oatmeal scone. In case you're wondering how I afforded this breakfast on a grad student salary, kids--this was back in the day when Starbucks were only in cities (not in my NJ suburb) and somewhat reasonably priced.  Besides, since I'd often have Nestle Quick and snackcakes for dinner (or some fat free angel food cake if feeling really virtuous) my food budget was pretty slender. (But not my waistline).

Despite the fact I was effectively being paid to study, graduate school was not the happiest time of my life. I've only taken kickboxing classes at pretty girly gyms but if emotionally beating myself up were a spectator sport, I would be Mohammed Ali. The inviting crust of the glaze of the scone and the freezer burn of the icy drink blotted out any haunting sense of inadequacy, at least for a moment.

There are two kinds of comfort foods--the good kinds, associated with nostalgia and happy memories, like roses on birthday cakes--and the bad kinds that you eat out of nervousness, stress, loneliness, and boredom. My maple scone addiction was pretty much the culinary equivalent of a dog licking its paws to sedate itself whilst his owner is away.  I would get my breakfast, sneak it into the library, and read rare books on Christina Rossetti with sugar-encrusted fingers.  Amazingly, given my lack of coordination that no amount of yoga has healed, I never spilled my countless Frappucinos on any priceless manuscripts.

My cavalier attitude towards books didn't seem like a big deal at the time, since I also knew a guy who used to take rare Zoroastrian manuscripts into seedy gay bars to read. I've never tried this pick-up technique myself, but it seemed to work for him! (See, you get all sorts of tips reading Chewthefat)!


I'm not a vegan, but was intrigued by the idea of a vegan version for what is usually a delightfully dairy-infused creation.  I did change the flavoring (hence my inclusion of the recipe). But the main problem, also experienced by another baker who made them, was that the liquid-to-dry ratio seems very high. If you give these a go (and be forewarned, they look and taste more like drop cookies than scones) I would add the milk slowly, 1/4 a cup by 1/4 a cup rather than all at once.  The batter was very runny, and the scones seemed excessively large and 'spread out.'  Oh, and I had to glaze it--for nostalgia's sake.

I hate to give a negative recipe review and I would assume that it was 'me' that had such a problem, but since a vegan blogger had the same issue with the 'runny' batter I'd suggest making these for the taste, but be forewarned they are very fragile, tend to crumble, and aren't good to bring with you to share with friends to a brunch. And for me, comfort food is really about sharing, not eating in solitude.


So I'm afraid that the Post Punk vegan scones were a bit disappointing, much like the author of this blog has been to her parents.  For true happiness, much like the doctors in the 19th century novels I studied and still love, I advise sunshine, fresh air, horseback riding, and marrying an incredibly rich and handsome man.  And servants to clean your home.  Lots of servants.

1. Preheat the oven to 400F. Spread parchment paper on two  baking sheets.
2. Sift together the dry ingredients (flour, baking powder, spices).
3. Mix the wet ingredients together (I would suggest instead mixing the oil and extract into the dry ingredients and adding the milk 1/4 a cup at a time until the batter is thick, but not runny. Adding 1 1/4 cups milk created a runny batter).
4. Fold in the raisins. Spoon batter onto parchment using a 1/4 cup scoop.
5. Bake for 15 minutes.
6. Whisk together the sugar and lemon. Lightly drizzle glaze on the scones. 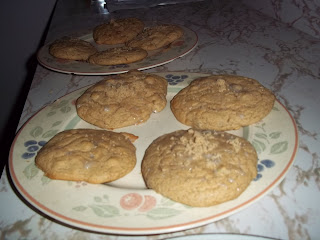 Posted by chewingthefat at 8:46 AM