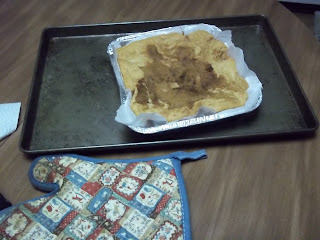 When I was living in Birmingham, in the United Kingdom, I befriended a couple known as ‘The Simons.’  Simon and Simon were the sort of men who made me feel terribly gauche and American, even though they were the first people who really welcomed me into their home after I transplanted myself across the pond.
Despite growing up in tiny, working-class towns in the North of England and the Midlands, both Simons had successful, rather glamorous careers, one as a television producer, the other as a part-time actor and full-time employee for the local tourist bureau.  Both Simons spoke several languages, had lived all over the world,  and had a kind of effortless, easy charm in the way they talked. I loved hearing how while traveling in Spain the hotels where they stayed had no problem with the fact that they were partners, but were mortally offended by the fact that both of them were vegetarians. “The Spanish translation for vegetarian,” said one of the Simons, “is someone who eats chicken, rather than pork.”
I envied one of the Simons greatly, the television producer. Not so much his career (well, maybe a little). But his sense of confidence, daring, and utter absence of fear, which was clearly part of why he had become so successful, at such a young age.
There was a photograph on the mantel of the Simons’ house, featuring the television producer Simon holding a large, furry tarantula in his outstretched hands. “That was my graduation photograph,” he said, when I asked him to explain it. Apparently, he had recently ‘graduated’ from a class designed to wean people of their phobias, and his was spiders. The final challenge, after being exposed to photographs of spiders, plastic spiders, and spiders in cages was to hold a live spider for at least a minute, stroking the beast like it was a pet.
“Aren’t you glad I urged you to take the class?” his partner said.
I looked at the Simon in the photograph, at his gritted teeth and narrowed eyes.  His expression seemed to say: “You bastard, get this thing off of me,” although neither Simon swore very much.
If only my fears were so easily defined as spiders. As a small girl, I hated insects, but not enough to call it a phobia.  My fears have always been floating and diffuse—the dark, insects, getting on the wrong bus to go to school...I suppose the most constant fears in my life have always been very physical and continue to be so—I recall my fear of diving headfirst when I was on the swim team, my current fear of doing a headstand in yoga class, and the fear of riding fast on a horse that is slowly but surely being extinguished by my exhilaration of doing a brief canter around the arena.
Of course, you could say that I’m thirty-six-years old and hardly an aspiring Olympian—what does it matter if I never get over any of these fears?  But it’s hard not to see these fears as a metaphor for my life, a fear of losing my head (supposedly the only thing about me that is remotely interesting), that fear that has always been my greatest obstacle in my path to success.  If only there was an aversion therapy, a phobia class where I could take my fear of the unknown and letting go. If only I could touch that fear, pet it, and cradle it like a spider!
A woman in my yoga class, an interior designer, wrote a blog post of her own about overcoming fears.  It’s not my place to speak for her, so if you want to read what she wrote, you can read about it on her blog.  However, it was nice to know somehow that I'm not the only one who occasionally things "oh shit, you want me to--what."  Of course, the challenge is overcoming that mental barrier, and making myself physically strong enough to do so...
Anyway, in thanks for her post, I decided to bake some Snickerdoodle blondies for my friend.  These were so good I immediately had to bake a second batch for myself.  The original recipe can be found here, but I made some small changes, like using white whole wheat flour and raw sugar rather than all-purpose flour and brown sugar.  I also omitted the nutmeg, preferring to let the cinnamon stand on its own.
These are fearlessly easy to make, even more so than Snickerdoodle cookies. The only worry you need to have is the danger of consuming more batter than actually ends up in the pan.  I always think recipes should have a rating on 'batter taste quality,' and this one is a clear A+.  And it makes the house smell lovely, like cinnamon raisin toast on speed.
Ingredients
The base
2 2/3 cups white whole wheat flour (original recipe says all-purpose, but I usually substitute white whole wheat flour in everything)
2 teaspoons baking powder
1 teaspoon salt
2 cups sugar (the original recipe says brown, but I just used unrefined Florida Crystals sugar)
1 cup (2 sticks) of unsalted butter, room temperature
2 large eggs, beaten

Directions
1. Preheat oven to 350. Line a square pan (I used a 9X9) with parchment paper.
2. Sift together the flour, baking powder, and salt.
3. 'Cream' the butter and sugar together, add both beaten eggs.
4. Mix in the bowl of dry ingredients into the butter, sugar and egg mixture, incorporating slowly, until well blended.
5. Pour into the prepared pan.
6. Mix the 2 teaspoons cinnamon and 2 tablespoons of sugar together in a separate bowl and sprinkle evenly onto the top of the batter. (Note: The mixture seemed like quite a bit to cover a small pan but it did incorporate nicely into the blondie when cooked).
7. Bake for 25-30 minutes.
Posted by chewingthefat at 6:44 PM

Email ThisBlogThis!Share to TwitterShare to FacebookShare to Pinterest
Labels: blondies