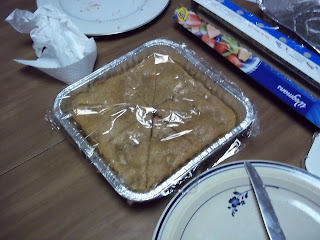 “In theory I could change a tire.”
How many members of the Swarthmore debate team does it take to change a flat tire? I don’t know, but I do remember how, back in my college debating days, there was a legendary story about how a team from one of the most prestigious liberal art schools in the nation had a ‘blow out,’ and stared at the collapsed, ragged surface of the tire in a confused and muddled heap of misery. One team member, a philosophy major if I recall correctly, explained how, while he had never done so in practice, he did understand the theoretical process behind tire-changing.
When I was getting my master's at Harvard Divinity School, my professor of comparative  religion told a story of a very esteemed academic colleague of his who went to Japan to study Zen with a great, master teacher. This academic was given a koan to meditate upon, a fairly common practice. Koans are a kind of spiritual mental puzzle in Zen practice, along the lines of:
A monk once asked master Chao-chou, "Does a dog have Buddha-nature or not?"
Chao-chou said, "Mu"
The professor thought for about a  half hour and proudly went to the Zen master and explained the koan, all the while thinking well, that was easy.
Thwack! The Zen master hit the professor--like the man was a schoolboy from a Dickensian novel--using the keisaku the master always carried to rouse people when their attention wandered during meditation.
“If you want to think like that, go back to the academy!” he said.
What does this have to do with New Year’s Resolutions?  No matter what you resolve, I think for a resolution to be meaningful, it has to involve action. I have some life resolutions—they were not made on New Year’s—and they do not have a focused end date. But what matters more than the goal itself is the small steps I take to reach that goal.
I’ve made some progress in 2010. Of course, I am hoping for a Great Leap Forward in 2011. A flash of insight?  Not really. I'm hoping for publication and a stronger and more coordinated body, yes.  But these grand resolutions are meaningless unless I set weekly goals to send out queries and buy some heavier weights.  And hit the pavement, stable, and yoga studio.  Although I’m still wimpy enough to be glad that my yoga has no ‘attention stick’ in the back closets.  Mu, indeed!
Oh yes, and despite going to HDS, I’m still pretty low on the Enlightenment totem pole, so don’t even ask me to explain that koan.
So I’m not a Zen master, nor do I play one on TV, but I do make fairly decent brownies. These brownies  use unsweetened chocolate without milk solids. They are dairy-free if you use a vegan substitute rather than butter for the ‘lipid’ component. 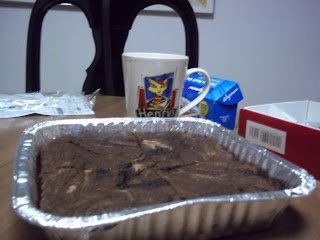 Dairy-Free (Got Mu?) Brownies
Ingredients
4 ounces (4 squares) of unsweetened chocolate (I used Baker’s unsweetened chocolate squares)
¾ of a cup (6 tablespoons or 1 and ½ sticks) vegan, non-dairy butter replacement, such as Earth Balance
1 cup white whole wheat flour
1 teaspoon salt
3 eggs (why this recipe isn’t vegan)
2 cups of granulated sugar
1 teaspoon of vanilla
Procedure
1.      Preheat the oven to 350F. Prepare a 9x9 square or round pan, lining it with foil or parchment paper.
2.      Heat and combine the chocolate and fake butter (of course, you can use real butter if that’s what you prefer and don't care about the recipe being dairy free) over a bain-marie or in a microwave. Despite being Queen of the Microwave, I usually use the bain-maire.
3.      Sift the flour with the salt. Beat the eggs in a separate bowl. Add the eggs, sugar, and vanilla to the flour and stir. Add the chocolate and butter mixture and stir.
4.      Bake for 30 minutes. Center should still be slightly wet. Cool for at least an hour. Chill for an hour to fully set. Serve at room temperature.
Note: Unsweetened Baker's chocolate is made at a facility that does process dairy, so if you're highly allergic, you might need to use a different brand.
Also, dear readers: I'm interested in any 'vegan-izing' suggestions to replace the eggs--I've tried using flax and fruit purees in brownies and wasn't happy with the results.
Posted by chewingthefat at 9:23 AM